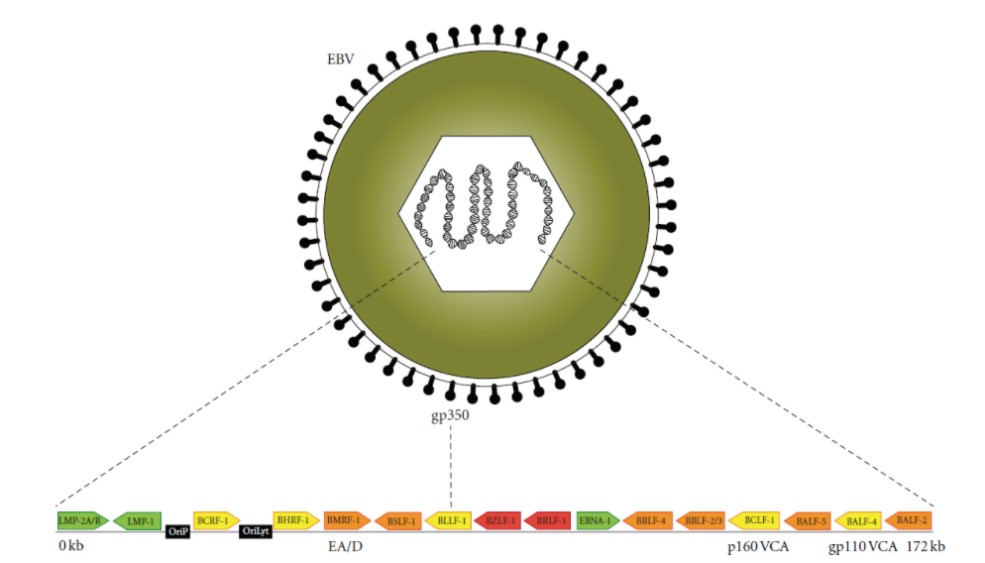 Fig.1 EBV structure and partial map of the genome. 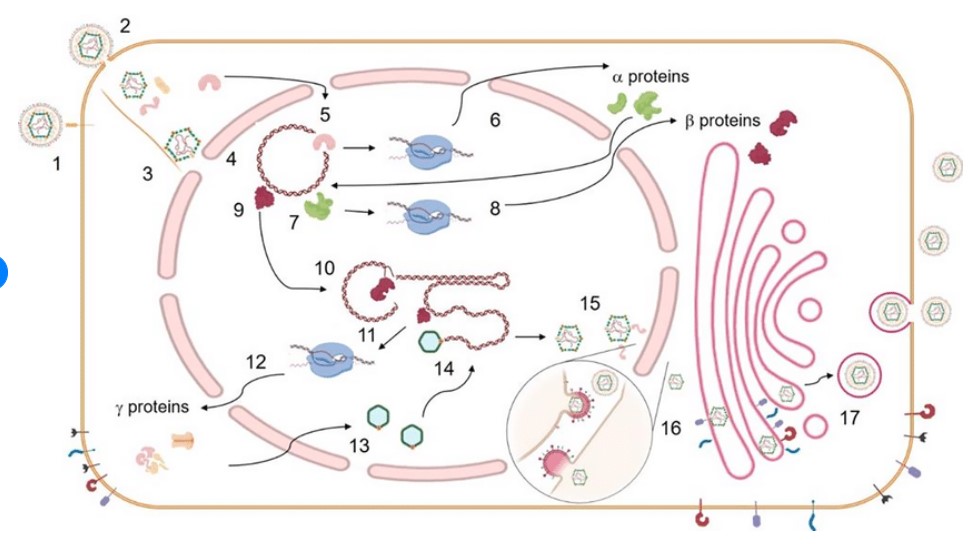 Epstein-Barr virus (EBV), officially known as human gamma herpesvirus 4, is a DNA virus classified on Herpesviridae family, Gamma herpesvirinae subfamily, Lymphocrytovirus genus. It is the first human virus directly related to lymphoid and epithelial tumorigenesis. Most people become infected with EBV during their lives. Primary infection usually leads to infectious mononucleosis (glandular fever), but the virus can also lurk in B lymphocytes and once reactivated, it will be associated with more serious diseases such as Burkitt's lymphoma, nasopharyngeal carcinoma and Hodgkin's disease. 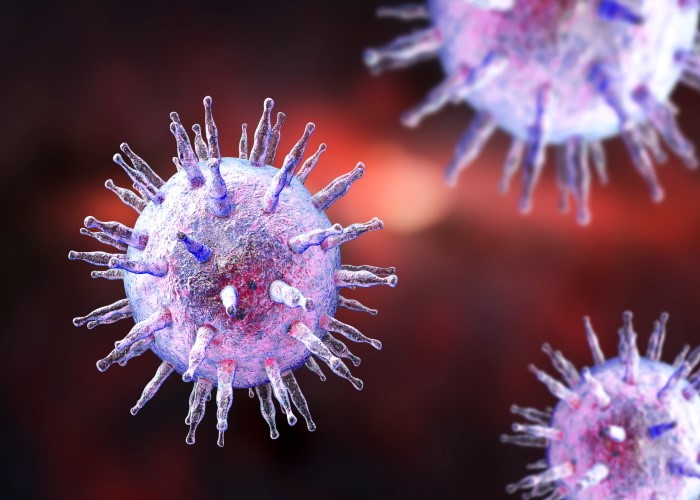 Many attempts have been made to classify EBV according to clinical or epidemiological information. Initially, EBV was divided into two types according to EBNA2 and EBNA-3A, -3B and -3C genes: EBV type 1 (EBV-1) and EBV type 2 (EBV-2) (type A and type B). One of the clinical differences between them is that EBV-1 can transform B cells into lymphoblastic cell lines (LCL) more effectively than EBV-2. The geographical distribution of EBV type shows that EBV-1 is the most popular type in the world, mainly distributed in Europe, Asia, North and South America. In contrast, the EBV-2 is more common in Alaska, Papua New Guinea and Central Africa, and in countries such as Kenya. This classification method is the most widely accepted at present.

The genome of EBV is composed of linear double-stranded DNA of about 170 kb in length, including about 80 possible coding regions (CDS), a series of repeat regions. In some cancers, large insertion and deletion regions were found in biopsies and cancer cell line cultures. Like other herpesviruses, EBV is a virus with a toroid-shaped protein core, wrapped in DNA, with a 162 capsid nucleocapsid, a protein tegument between the nucleocapsid and the envelope, and with an outer envelope with external virus-encoded glycoprotein (gp) spike. During EBV infection, different envelope gps induce virus entry.

Anti-EBV antibodies can be used for infectious disease research. Creative Biolabs' EBV antibody products are available in multiple formats and can be used for a variety of research applications. At the same time, we also provide personalized solutions, including ViroAntibody discovery, ViroAntibody engineering, ViroAntibody customized and ViroAntibody neutralization assays services to help you produce specific antibodies and maximize the success of the project. For any questions about EBV antibodies, you can contact us without hesitation, and we will reply as soon as possible.