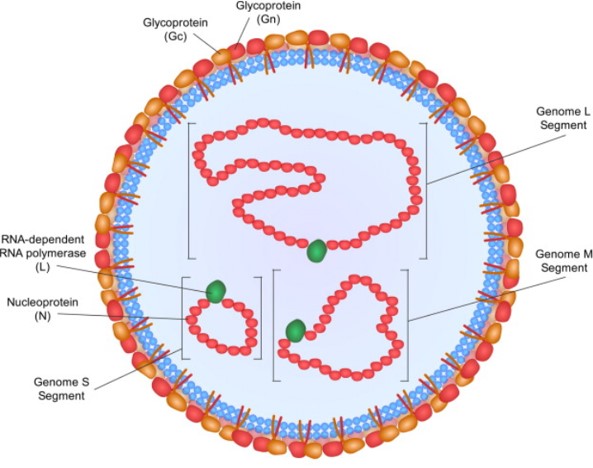 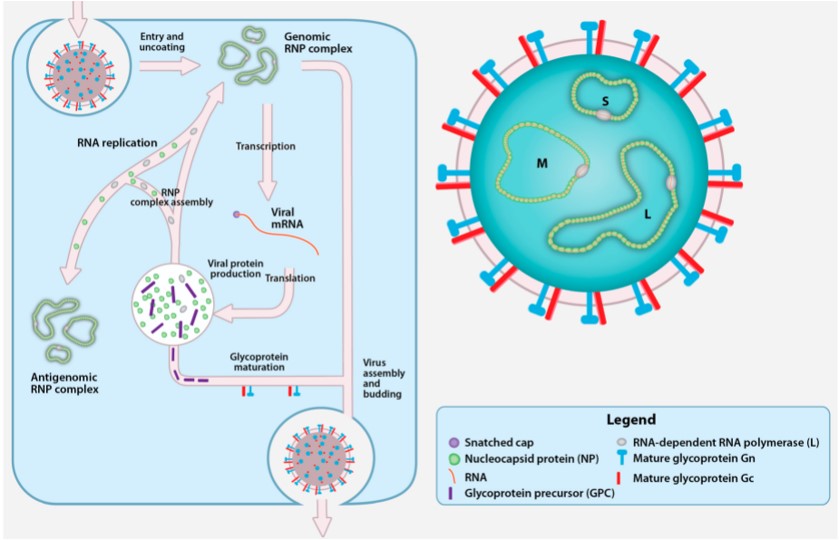 Crimean-Congo hemorrhagic fever (CCHF) virus (CCHFV; genus Nairovirus, family Bunyaviridae) causes severe diseases in humans and circulates in many areas of Africa, Asia, and Europe, shown in Fig.3. According to reports, an apparent increasing CCHF case occurred through the past decades. In 2015, CCHFV was identified by the World Health Organization (WHO) as an emerging virus that is likely to cause a severe epidemic and which may present a public health emergency. Research into a diagnosis of the illness, and also into vaccine development is increasing. Therefore, there is a huge number of scientists focus on CCHF. Creative Biolabs as a leading biological company, we provide CCHFV related antibodies antibody services to support researches. 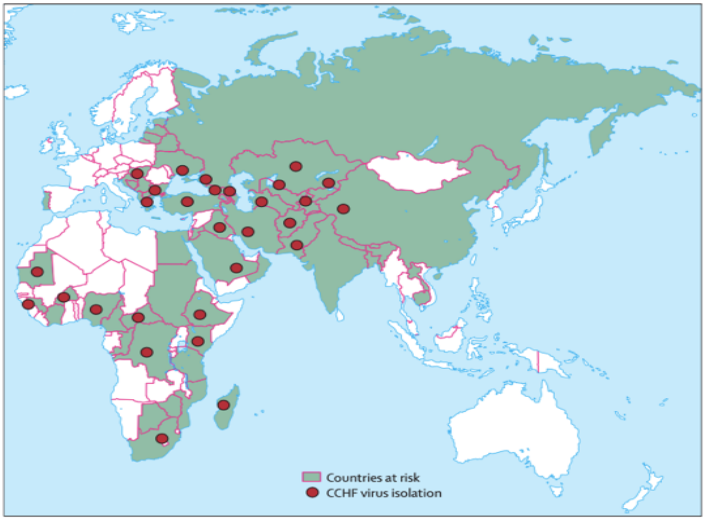 CCHFV is a tick-borne enveloped single-stranded RNA virus that belongs to the genus Nairovirus and a member of the Bunyaviridae family. CCHFV causes a hemorrhagic disease in humans with up to 80% case fatality. Although the virus has only caused sporadic disease in the past, the expansion of the range of its vector, the Hyalomma tick, is causing increasing concern that case numbers will continue to rise.

CCHF virions are spherical, approximately 90 nm in diameter. The two glycoproteins GN and GC are inserted into the lipid envelope as spike-like structures. They are responsible for virion attachment to receptors on susceptible host cells and for the induction of neutralizing antibodies. 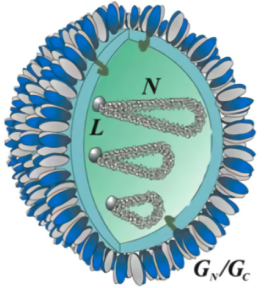 There are three genome segments and encode four structural proteins: the RNA-dependent RNA polymerase (RdRp) is encoded by the large (L) segment. GN and GC are encoded by the medium (M) segment and the nucleoprotein (N) by the small (S) segment. CCHFV GN protein is a potential target for vaccine development, although efficacy has not yet been demonstrated. 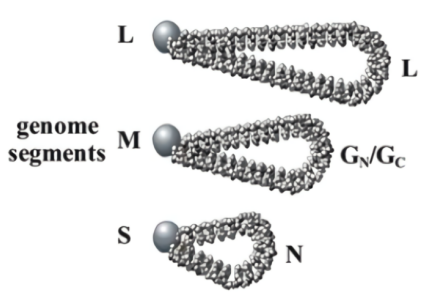 Steps in the replication are numbered as follows in Fig.3:

(1) Attachment of virions to cell-surface receptors;

(2) Entry via endocytosis followed by membrane fusion, allowing viral ribonucleocapsids and RdRp access to the cytoplasm;

(5) Replication of vRNA via a cRNA intermediate;

(6) Assembly of virions at the Golgi or plasma membrane;

(7) Egress by budding into the Golgi followed by exocytosis, or budding through the plasma membrane.