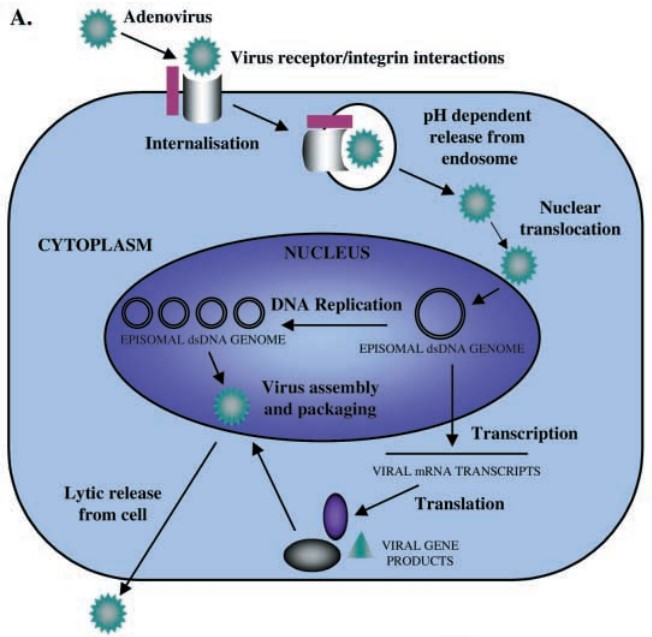 The adenovirus (AdV) usually refers to a class of DNA virus belonging to the genus of Human Mastadenovirus and the family of the Adenoviridae. AdV has a broad range of hosts causing a wide range of infections in humans, such as mild respiratory infections, pneumonia, follicular conjunctivitis, gastroenteritis. Discovered in 1953, AdV was named after the first isolation from human adenoid tissues. Up to now, more than 100 distinct adenoviral serotypes have been identified, among which about 51 types are common pathogens of humans and animals. Currently, AdV is more often used as a tool in molecular biological research and a viral vector for gene therapy due to its stable infectivity of human and other mammalian cells. 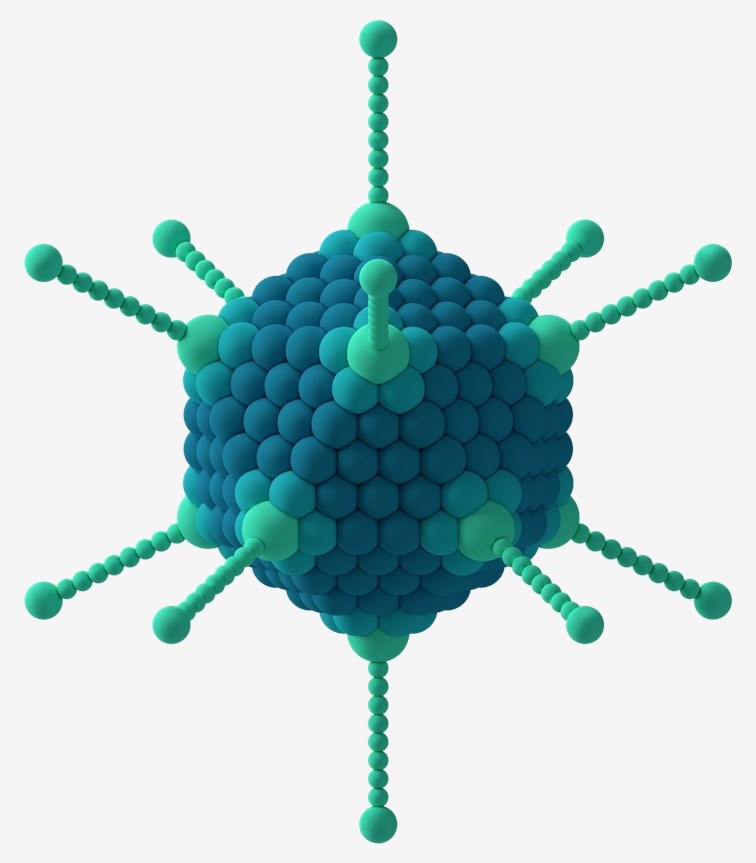 The icosahedral capsid is composed of 252 structural capsomeres with proteins hexon, penton, fiber, IIIa, VIII, and IX, of which the hexons are the major surface structural proteins as well as the targets of neutralizing antibodies. The penton and fiber are the ligands for the host cell receptors, while, the IIIa, VIII, IX, etc., proteins are the main structural proteins of the capsid for the assembly and stabilization of the AdV. The E transcription regions coding proteins are essential for AdV replication and multiply.

Due to the epidemicity of AdV infections and wider applications of AdV, it is necessary to develop AdV related antibodies to detect AdV particles or inhibit the propagation of a viral infection. In Creative Biolabs, a variety of monoclonal and polyclonal antibodies against AdV and related proteins have been developed to satisfy scientific research needs. In addition to anti- AdV antibodies, we also provide antibodies targeting AdV infection-related proteins in humans, such as coxsackievirus and adenovirus receptor (CXADR), BCL2/adenovirus E1B 19 kDa protein-interacting protein 1 (BNIP1).

In addition, Creative Biolabs also provides various assays, customized antibody discovery and engineering services to advance your virology research. You can directly contact us for specific demands or send us an e-mail, our scientists will reply as soon as possible. 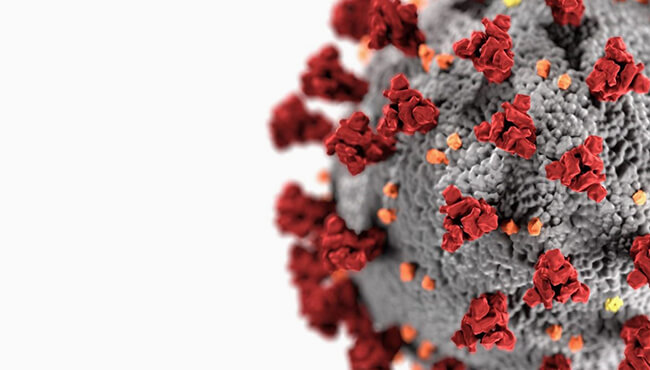 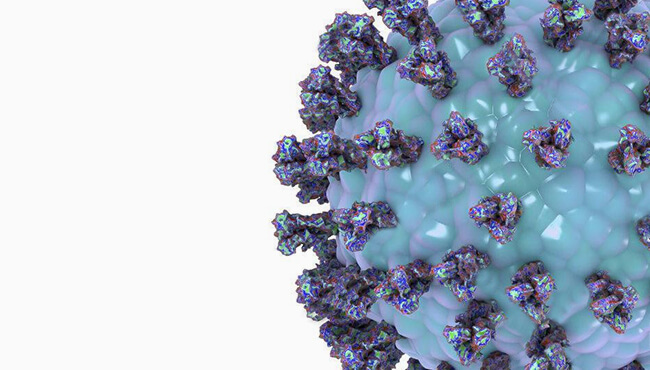 Learn More
All products and services are intended for Research Use Only, and NOT to be used in diagnostic or therapeutic procedures.
Inquiry