A multiplicity of mechanisms has been described how viruses evade the host immunity. Creative Biolabs' expertise aids you in virus-focused research.

Viral infection involves an ongoing battle between the replicating virus and the host defense mechanism which seeks to destroy infected cells or eliminate viral replication. On the one hand, the host has developed an immune system able to attack viruses and virally infected cells, whereas, on the other hand, viruses have developed an array of immune evasion mechanisms to escape killing by the host's immune system. At present, a multiplicity of mechanisms has been described how viruses evade host immunity.

Antigenic variation refers to the observation that different isolates of a single virus species may show variable cross-reactivity when tested with a standard serum. A primary basis of antigenic variation is a selection of virus mutants by antibodies. Escape mutants may also be selected by CD4+ or CD8+ T cells. Antigenic variation is displayed by a number of important pathogenic viruses. Compared with most DNA polymerases, RNA viruses have a higher mutation rate due to the RNA replicases that lack the proofreading capacity. The variation may be manifest in different ways depending on the virus’ natural biology. Individual strains may show antigenic drift, presumably generating new serotypes over time.

Viruses are detected by different classes of pattern-recognition receptors (PRRs), including Toll-like receptors (TLRs), RIG-I-like receptors (RLRs), and cytoplasmic DNA receptors. All PRR signaling pathways converge with the activation of IκB kinase (IKK) family members. So, direct inhibition of IKKs is an efficient viral strategy to disable multiple PRR pathways and it is used by many viruses. Viruses also actively subvert TLRs to manipulate the host cytokine environment for their benefit.

Viruses have developed different strategies to evade complement-mediated destruction. Common conserved features include secretion of proteases, complement disguise, and expression of complement inhibitors. For example, viruses protect the membranes of infected cells and the lipid envelopes of virus particles from complement lysis by encoding homologs of inhibitors of the membrane attack complex. Some herpesviruses, poxviruses, and retroviruses mimic or interact with complement regulatory proteins to block complement activation and neutralization of virus particles. 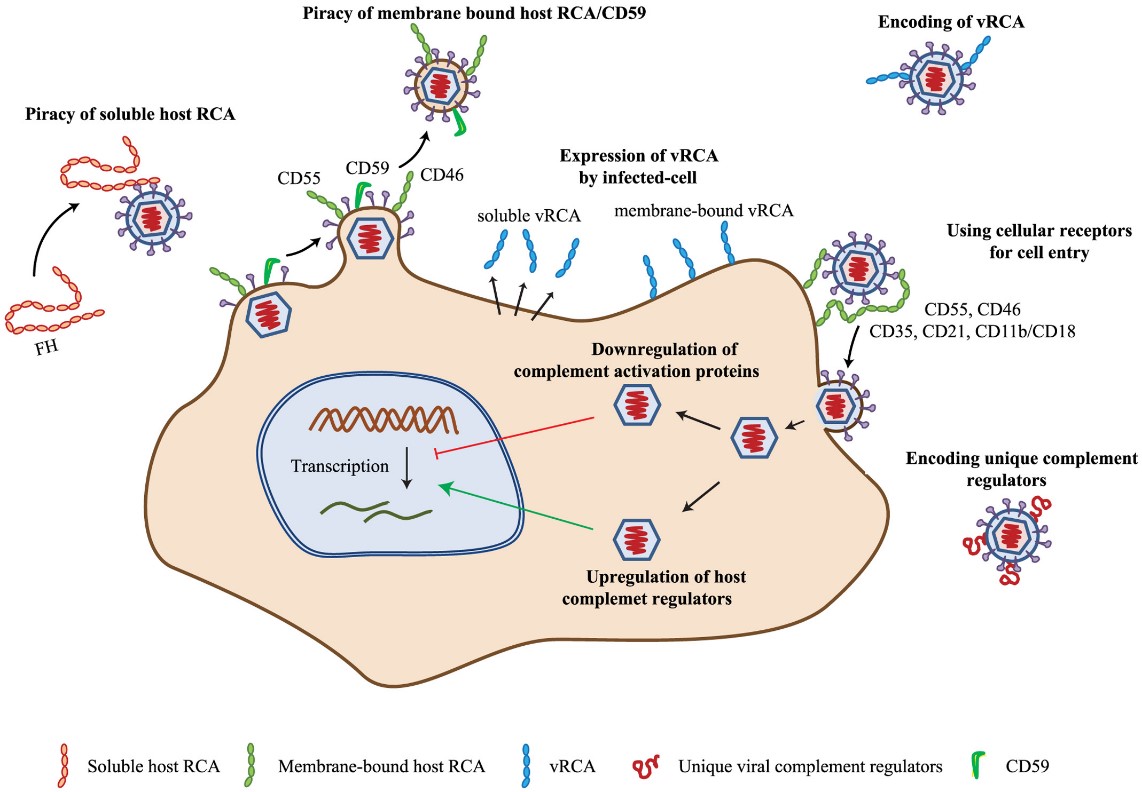 Viruses have evolved numerous mechanisms to evade the immune response, including proteins that target the function of cytokines.

Interferon (IFN) is responsible for eliminating many viruses that otherwise will be pathogenic. Viral proteins do this either through interfering with downstream IFN pathways or through modulating IFN synthesis and degradation. The complex regulation of the IFN response allows viruses to antagonize IFN at multiple levels. For example, the transcription factors that control IFN induction, IFN-regulatory factor 3 (IRF3), IRF7, and nuclear factor-κB, are directly antagonized by viruses. Many viral proteases that participate in the cleavage and processing of viral polyproteins, typical of positive-strand RNA viruses, have also been shown to trigger the cleavage of factors essential for the IFN response. 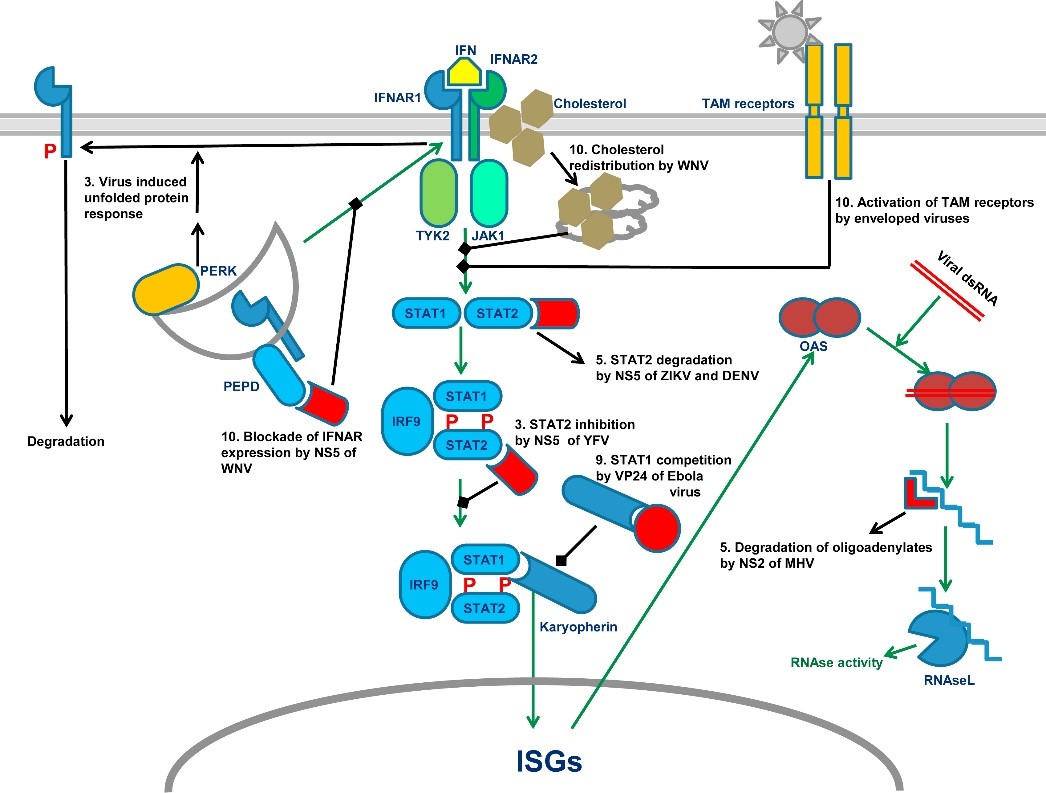 Creative Biolabs' expertise aids you in virus-focused research. We have extensive experience in the development of ViroAntibodies including primary antibodies, secondary antibodies, and isotype controls. We are committed to providing the highest level of quality and service for our clients all over the world. Please feel free to contact us for further information.