Characteristics and Classification of Viruses

Creative Biolabs has produced a range of ViroAntibody products (e.g. primary antibodies, secondary antibodies and pseudovirus) and is developing more.

Characteristics and Classification of Viruses

Viruses were discovered at the end of the 19th century as filterable agents causing infectious diseases of plants and animals. The International Code of Virus Classification and Nomenclature (ICVCN) defines virus species as follows: “A species is a monophyletic group of viruses whose properties can be distinguished from those of other species by multiple criteria". The virus consists of a core of nucleic acid and a capsid. Viral genomes can be found as single or double-stranded versions of DNA and RNA. The virus capsid consists of simple helical symmetry and icosahedra forms. A common set of simple forms gives rise to a multitude of complex structures. The size of viruses is relatively small, usually 20-30 nm in diameter. Some viruses have a phospholipid envelope, derived from the infected host’s cell membrane, that surrounds the protein capsid. Virus genomes direct their replication and the synthesis of other viral components, using cellular systems in appropriate host cells. Virus particles are formed by assembly from newly synthesized components within the host cell. 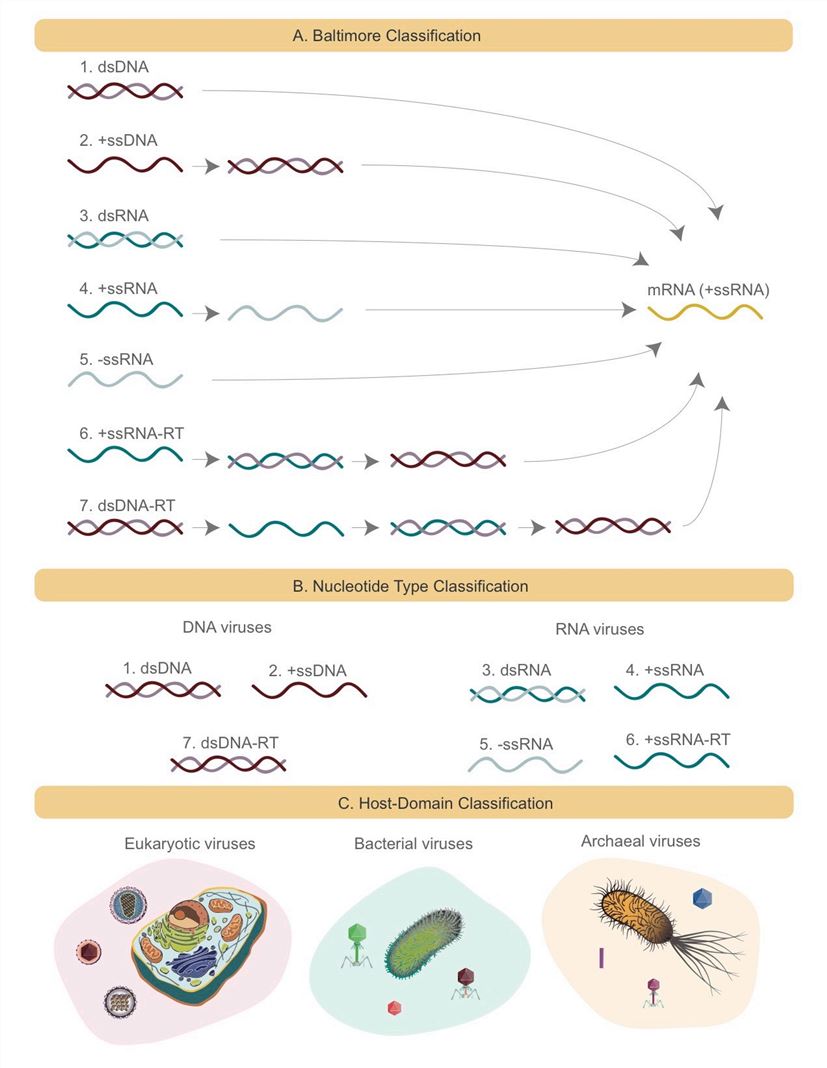 Creative Biolabs is deeply exploring in the field of biotechnology to offer a full range of services and products. Using our proprietary platform, we have produced a range of ViroAntibody products (e.g. primary antibodies, secondary antibodies, and pseudovirus) and are developing more. We provide a wide array of free biotechnological support, please feel free to contact us.