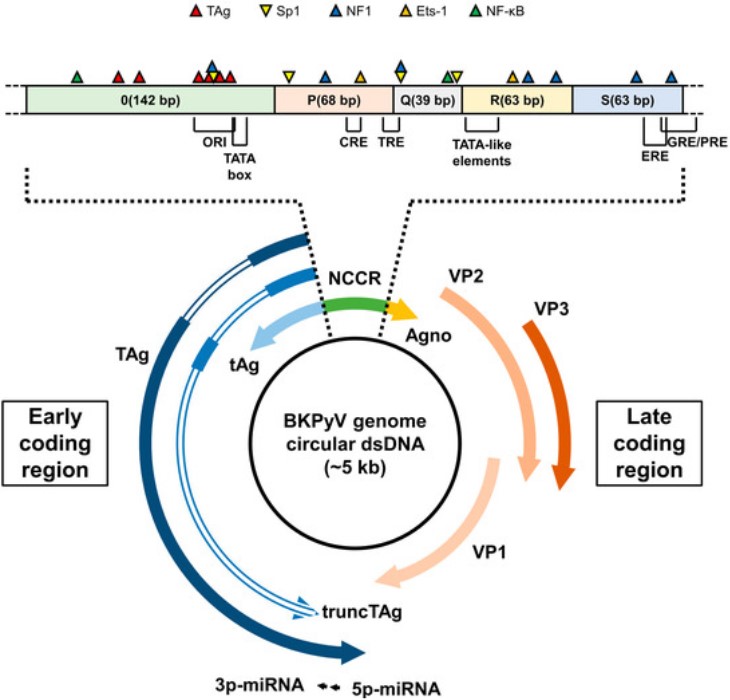 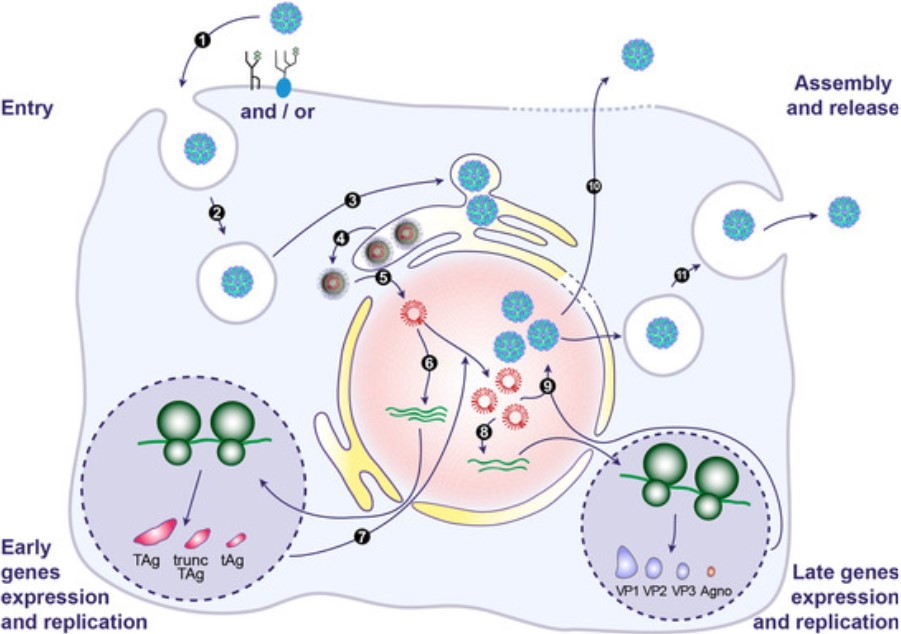 The BK virus, also known as BK polyomavirus or Human polyomavirus 1, is an etiologic agent belonging to the genus of Betapolyomavirus and the family of Polyomaviridae. BK virus was first described in 1971 for isolation from the urine of renal transplant recipients with ureteric stenosis, and later was identified as one cause of nephropathy and renal transplantation failure.

Common or primary BK virus infections seem to be asymptomatic and mild, such as respiratory infection, fever, and other flu-like symptoms. However, when it comes to immune-compromised and immunosuppressed individuals, such as renal transplant patients, BK virus was identified as the serious pathogen affecting the urinary system and the central nervous system. It is inferred that respiratory fluids or urine transmission are the most likely route of the BK virus. Creative Biolabs now provides anti-BK virus antibodies and related test kits based on the polymerase chain reaction (PCR) techniques to support the diagnosis of BK virus infection and researches.

BK virus is a small non-enveloped virus with a diameter of ~45 nm. The non-enveloped icosahedral capsid is made up of capsid proteins VP1, VP2, and VP3, of which the VP1 is the major protein of virions occupying ~80% of their total protein content. There are 360 VP1 molecules organized into 72 pentamers, each of which is located on the outer surface of the viral capsid and internally linked to a single part of capsid protein VP2 and VP3 (see Fig.3). By this structure, VP1 is the only protein exposed outside the virus particles and responsible for attaching the virus to the host cell receptor, while, minor capsid proteins VP2 and VP3 are related to the structure of viral internal proteins and genomes.

As an expert in antibody discovery, Creative Biolabs has developed ready-to-use monoclonal antibodies specific against the VP1 protein of the BK virus to advance your research. Also, we provide customized BK virus antibody discovery and engineering services. Please directly contact us for more information and a detailed quote.