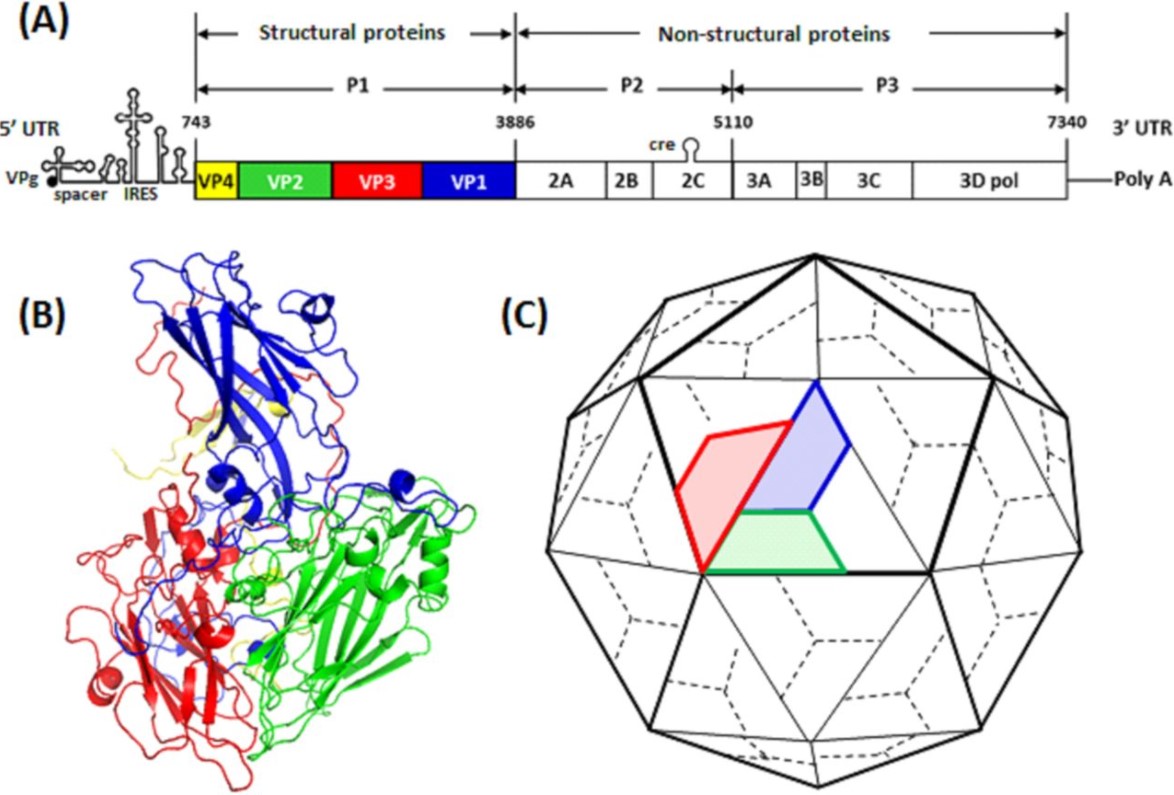 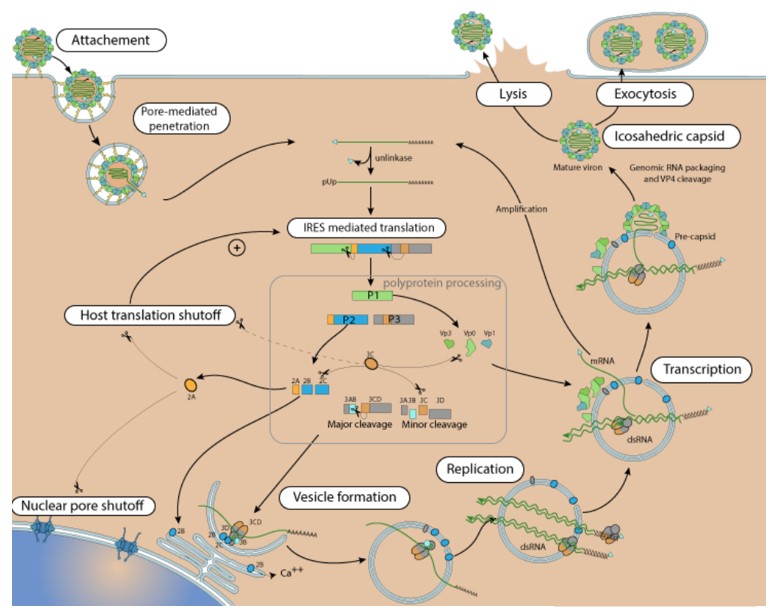 Poliovirus, a serotype of the species Enterovirus C in the family of Picornaviridae, is the etiologic agent of the paralytic disease poliomyelitis (also known as polio). Poliovirus is composed of an RNA genome and a protein capsid. The genome is a single-stranded positive-sense RNA genome that is about 7500 nucleotides long. The viral particle is about 30 nm in diameter with icosahedral symmetry.

As Figure 1 shown, the coding region of the virus is conventionally divided into three sections, referred to as P1, P2, and P3. The P1 region encodes the structural (capsid) proteins. The P2 region encodes proteins required for RNA replication and one of the viral proteinases responsible for host cell shut-off of cap-dependent translation. The P3 region encodes the major viral proteinase (3Cpro), the viral RNA-dependent RNA polymerase (3Dpol), and other proteins required for RNA replication. The coding region is preceded by an unusually long 5’ NCR, which directs translation initiation by internal ribosome entry in the absence of cap-dependent functions. The viral genome also contains a short 3’ NCR, which presumably contains cis-acting sequences involved in template recognition by the viral-replication initiation complex.

The three serotypes of poliovirus, PV-1, PV-2, and PV-3, each have a slightly different capsid protein. Capsid proteins define cellular receptor specificity and virus antigenicity. PV-1 is the most common form encountered in nature, but all three forms are extremely infectious. As of March 2020, wild PV-1 is highly localized to regions in Pakistan and Afghanistan. Wild PV-2 was declared eradicated in September 2015 after last being detected in 1999, whilst wild PV-3 was declared eradicated in 2019 after last being detected in 2012. Specific strains of each serotype are used to prepare vaccines against polio. Inactive polio vaccine is prepared by formalin inactivation of three wild, virulent reference strains, Mahoney or Brunenders (PV-1), MEF-1/Lansing (PV-2), and Saukett/Leon (PV-3). 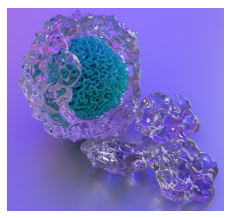 With over ten years of experience in developing antibodies, Creative Biolabs is a leading global provider of custom antibody production services. Our facility generates high-affinity custom antibodies with industry-leading titer guarantees and comprehensive antibody production packages that simplify the ordering process and present cost-effective methods to isolate epitope-specific antibodies. Nowadays, Creative Biolabs offers custom monoclonal as well as polyclonal antibody promotion for customers who need custom antibodies for Poliovirus research and antibodies that have been discontinued by other suppliers. Ready-to-use catalogue or customized development services are available according to your specific requirements. Creative Biolabs also offers a full comprehensive suite of secondary antibodies and isotype controls to meet your needs.

For any question, please don’t hesitate to contact us for more information.